Zoe holds an upper second class honours degree in Psychology.  After graduating from Manchester in 1990, she initially pursued a career as a Clinical Psychologist, and worked at a long-stay psychiatric hospital.  Her supervisor suggested a meeting with a young acupuncturist at South Western Hospital in Brixton doing pioneering work with patients with HIV, Hep B and C, and in the field of addiction.  This now world-renowned practitioner John Tindall, was to leave a lasting impression, so much so, that she decided to pursue a career in Traditional Chinese Medicine.  She graduated from the Northern College of Acupuncture, York in 1994, and two years later qualified as a Herbal practitioner in 1997 after studying at the London School of Chinese Herbal Medicine at Regents College.

Through an opportunity provided by the World Health Organisation, she gained valuable experience at the Peoples’ Hospital in Nanjing China, in 1994.  There she worked alongside Doctors practising traditional methods of Moxabustion, Cupping, Acupressure, Auricular and Electro-Acupuncture.

She had been fortunate enough to attend many lectures given by leading authorities in TCM – Giovanni Maciocia, Peter Deadman, and Mazin Al-Khafaji.

She has worked both privately and in the NHS.  She has particular experience in the field of Alcohol and Drug addiction.  She keeps up to date with continuous practitioner development.  In 2013, she studied the latest cosmetic techniques under the inspired tuition of her old mentor John Tindall. 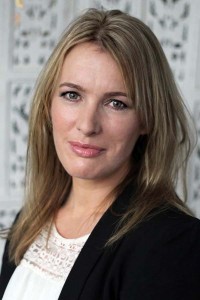